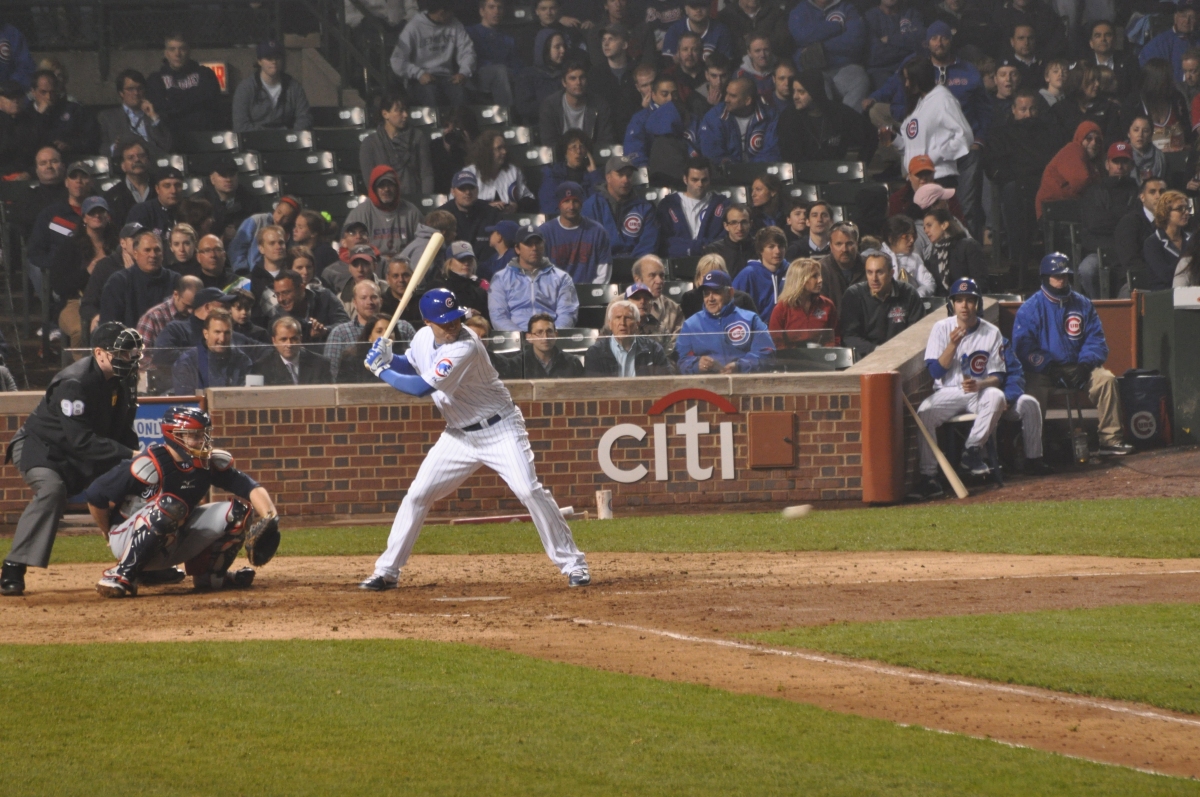 For decades, they all worked within the friendly confines of Wrigley field and  were all an important part of our Chicago Cubs.

John  Beasley “Jack” Brickhouse was born January 24, 1916 in Peoria, Illinois to John William and Daisy Mildred Brickhouse. He was the ever popularCubs WGN voice from 1948 to 1981. In the broadcast booth, Jack was best known for his ‘back..back…back…..hey hey, It’s a homer!”.  Jack died on August 6 1998 and is was laid to rest in Rosehill Cemetery 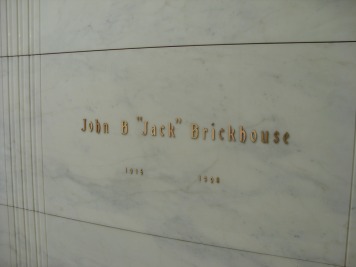 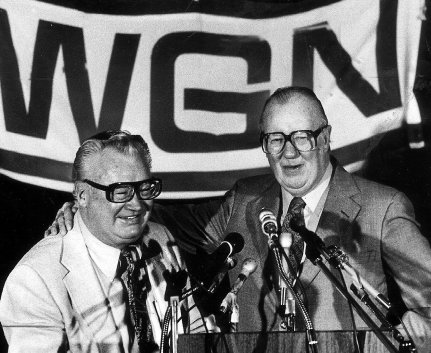 Harry Caray was born Harry Christopher Carabina to Christopher and Agnostacia “Daisy” Carabina on March 1 1914. He was also our larger than life WGN booth announcer from 1982 to 1997. Caray, was known for leading the home crowd in singing “Take Me Out to the Ball Game” during the seventh inning stretch and his signature “Holy Cow”. After an illness, Harry died February 18, 1998 and was buried in All Saints Catholic Cemetery in Des Plaines. 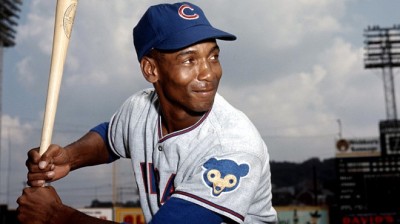 In 2013, Banks was presented with the Presidential Medal of Freedom – by President Obama. Ernie died on January 23 2015 at age 83 and is buried in Graceland Cemetery. On a clear day one can hear the roar of the Wrigley Field crowd from his gravesite. 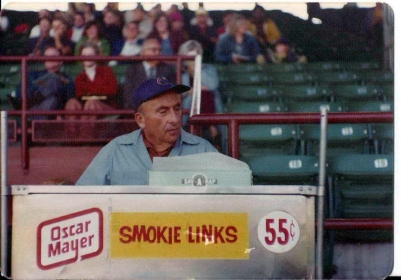 Sollie Goldstein was born October 8, 1913, the son of Louis and Rose Goldstein. He married Esther Crane in 1938. In 1949, Sollie was 35 years old and hard at work in the Wrigley stands.  The fans were buying hot dogs, lots of them. According to the Chicago Tribune,  1,033,000 of them, at just 15 cents each. Despite the low price back then, that is more than $150,000 worth of dogs during the 1949 season, over $2,000 per game.  Today, a  hot dog in the stands is now $6.50.  For decades Sollie was a beloved fixture at  Cubs home games,  selling hot dogs to  hungry Cubs fans. He was as well recognized and popular as was his hot dogs, and as important as the players on the field.  After a long career,  Sollie died February 17, 1992 and was buried in Jewish Waldheim. I have the privilege of knowing his niece.

I am convinced that somewhere, the sun is shining, the air is fresh, Jack and Harry are announcing the game on WGN, Sollie is selling two dogs to the second row of section 213, and just at that same moment,  Ernie hits a grand slam to left field. Hey Hey!  “Holy Cow”. And as Ernie Banks often said  “ It’s a great day for baseball. Let’s play two!”.