I invite you to flash back to the 1950’s through the 1970’s , a time well before the internet, Facebook, Twitter, and media streaming.

Picture yourself driving down the road late at night when between 11:05 PM to 5:30AM, Franklyn MacCormack, and his memorable All Night Meister Brau Showcase would waft through your car radio. He could effortlessly  put you to sleep while you were at home or behind the wheel. MacCormack smoothly  interspersed romantic on-air poetry readings with great music from years past.

Please read on and actually hear his voice. There are just some people we cannot forget or throw away END_OF_DOCUMENT_TOKEN_TO_BE_REPLACED

Wooden cemetery markers are mostly gone these days, but a few can still be found. Why wood? I n the early days it was simply the norm, inexpensive and easily made, but not long lasting or impressive as a 70 foot marble obelisk or mausoleum.

Back in the day there were thousands of these simple wood grave markers in our cemeteries. They largely predated marble and limestone monuments designed and cut by professional cutters.

Most families could not afford a work of art and marked their graves with either a wood slab or cross.

I was most curious to learn more about Mr. and Mrs Joseph Maier and why their graves were marked with wood. You might well be surprised to know about their interesting background! END_OF_DOCUMENT_TOKEN_TO_BE_REPLACED 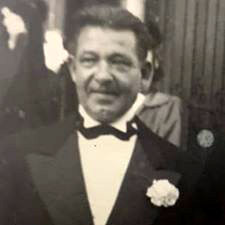 I invite you to meet someone you should know. Meet Tony (Rosario) Manno, the owner of “Tony’s Pump Room”, (not to be confused with the real Pump Room in the Ambassador East Hotel). He was born Ventimiglia di Sicilia, Palermo, Sicilia, Italy on January 8 1894

Beginning 1953 or earlier, Tony sold hot dogs from his  white hot dog cart, an icon and fixture on Chicago’s North side. He and his cart moved around from time to time, selling at various intersections, He was often found at the corner of  Addison or Waveland and Lake Shore Drive, but sometimes at the corner of Addison and Ashland , sometimes on Southport, other times at Addison and Sheridan, or Irving Park and Sheridan. His Pump Room was mentioned more than once in the Chicago Tribune as the best place to find a real Chicago dog. 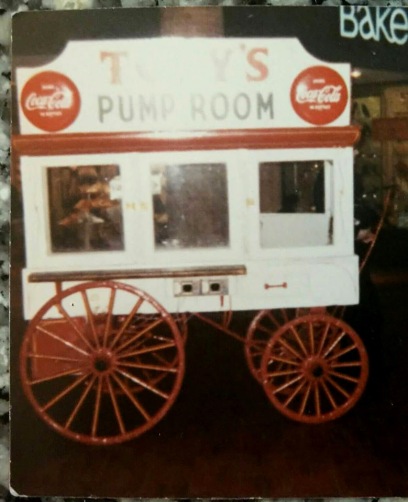 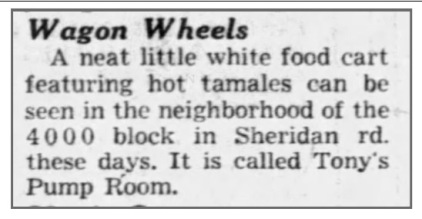 I know people, including my friend Franny, who swears  “The best hot dogs I ever had were from Tony’s Pump Room”. You had the choice of either the Vienna or Oscar Mayer frankfurter. Most of us would tell Tony “everything on”.

We don’t know a whole lot about Tony yet, when he died, or where he is buried, but we fondly remember him for being a champion of the “Chicago hot dog”.

But all is not well in Chicago, because our beloved hot dog sparks a fierce debate between the two types of Chicagoan’s, those who choose ketchup on their hot dog or those who defend the traditional yellow mustard.

Read on and take your side. END_OF_DOCUMENT_TOKEN_TO_BE_REPLACED 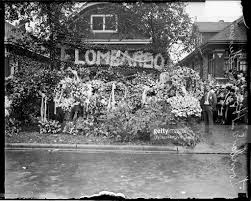 Aside from his darker gangster pursuits, he was co-owner of Schofield’s Flower shop, 738 N. State in the shadow of Holy Name Cathedral.

The rooms above Schofield’s were used as the headquarters for his North Side Gang. Schofield’s was the premier florist of choice for Chicagoland’s gangsters, Dean and his partner Walter Schofield made huge amounts of money supplying floral arrangements for the dearly departed of Chicago’s organized crime. Sadly, “Deanie”, like most other underworld figures of the day, also violently left this earth, killed by rivals right in his own flower shop.

His lavish sendoff was over the top attended by thousands of mourners, elected officials, and a mile-long procession. His funeral alone cost $10,000 and that was before the many thousands of dollars of flowers which needed 26 flower cars and trucks to take them to the cemetery,

One rather simple basket of roses near his casket stood out from all the others. The attached condolence card read “Al Brown, Used Furniture Dealer”

Al Brown was none other than an alias for Dion’s fierce rival, Al Capone who had arranged Dion’s murder. Capone was known for sending flowers to rival gang member’s funerals; In fact in one funeral alone he spent over $5,000.

Several gangster funerals both before and after O’Banion had flowers costing in excess of $20,000 and well higher.

I was originally inspired to name this story “Please Omit Flowers” or “In Lieu of Flowers” (and will write about that in a minute) but I could not pass by “Al’s” basket of roses.

Please read on, smell the roses and understand why there was a  need for fragrant bouquets, wreaths, casket blankets, and sprays.