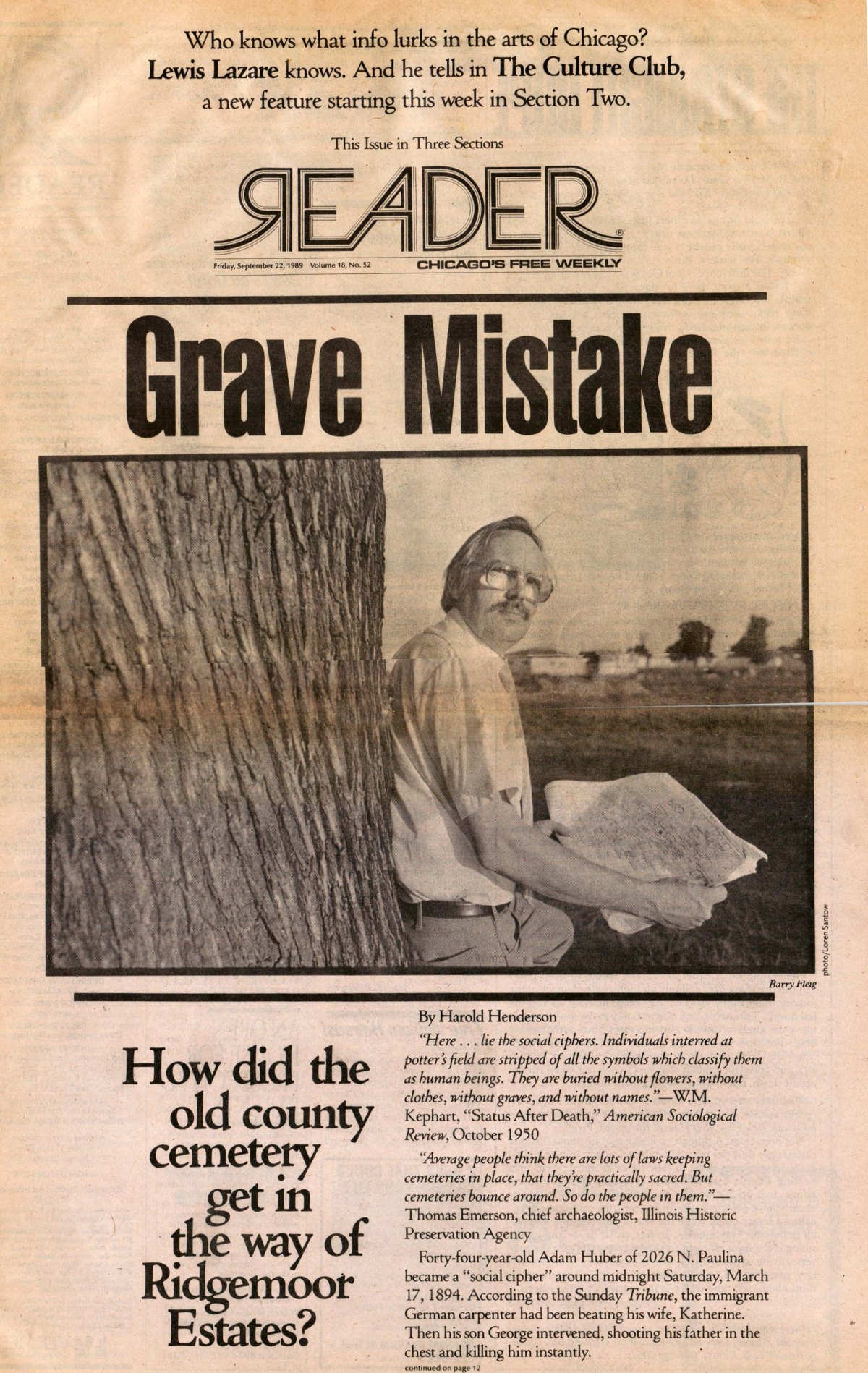 The most unique story of all Chicago area cemeteries. With over 38,000 burials spanning some seventy years, It began as a cemetery for the Cook County institutions at Dunning. These consisted of the County Poor house and farm opened 1854, the Insane Asylum opened 1869, the infirmary opened 1882, and the Consumptive hospital (TB), opened 1899 .

And then it was forgotten. Hidden behind the fences surrounding the Dunning institution, the cemetery, without markers or stones was out of sight and out of mind until March of 1989 when builders attempted to recycle the land into houses and condos.

In May of 1989, Harold Henderson wrote “Grave Mistake” an excellent full length feature article about the beginning months of the struggle to rediscover, understand and fight for this huge forgotten burial place.

Here in Mr. Henderson’s words is the entire text of this well researched and now timeless article,  published in the Chicago Reader on September 22 1989, just as the rediscovery of the cemetery was in it’s first early months. The story would go on for years after this article, and those souls who are buried there  will never again be forgotten.

At the very end of this article I will post a series of pictures and maps that will help add some visual understanding to the article.

How did the old county cemetery get in the way of Ridgemoor Estates? 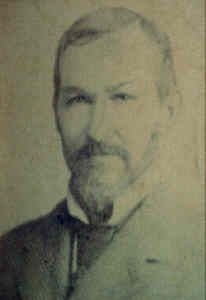 On this day October 19, in 1891, among the poor and forgotten in Cook County Cemetery at Dunning, a famous American inventor, a businessman and most notably a Confederate States Army officer during the American Civil War was buried.

How did he end up in the cemetery among paupers?

Thomas McCray (1828 – Oct. 19, 1891 was born near Jonesborough, Tennessee, to Henry and Martha (Moore) McCray. He farmed in Tennessee and moved to Arkansas, where he operated a mill. Around 1856 he moved to Texas and operated a mill near Tellico. Just before the Civil War, he returned to Arkansas, settling in Wittsburg, Cross County.

In June 1861 he joined the 5th Arkansas Infantry Regiment. He was commissioned a lieutenant and adjutant of that unit. In late 1861 he was detached from his regiment and returned to Arkansas to raise troops. He was elected major, then colonel, of the newly raised 31st Arkansas Infantry. He led a brigade of Texas and Arkansas infantry in the 1862 Kentucky Campaign. As part of Churchill’s division, his brigade distinguishing itself at the August 30, 1862 Battle of Richmond, Kentucky. General Thomas J. Churchill singled out McCray for his “gallantry and coolness” in that action.