Chicago cemeteries have more than their fair share of famous people. At Rosehill Cemetery, on Chicago’s north side, you will discover many hundreds of successful businessmen. Lets meet two of them: 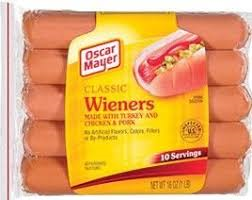 First meet Oscar Ferdinand Mayer (March 29, 1859 – March 11, 1955) who founded the processed-meat megafirm Oscar Mayer. that bears his name. Who of us has not eaten an Oscar Mayer hot dog?

Born the Kingdom of Württemberg, he immigrated to Detroit and then in 1876 to Chicago. Oscar first found work at a meat market on Chicago’s North Side, then started a butcher and sausage-making shop of his own in 1883. He married Louise Greiner.

By the time of his death, at age 95 on March 11, 1955, his business had grown to 9,000 employees, with facilities in Chicago,  Davenport, Iowa, Los Angeles, Milwaukee and Philadelphia.. He is buried in Rosehill Cemetery 5800 N Ravenswood Avenue, section 15

And then we turn to bicycles:

Ignaz M. Schwinn was born in Hardheim, Germany on April 1st, 1860,the second born of seven children. His father, Frank Schwinn, was a master carpenter.

As a youth, he spent time as an apprentice’s machinist, before traveling around Germany working on the latest technology craze the bicycle. At the time,  the High-Wheeler, also known as the Ordinary, was the latest and greatest trend in bike design. Ignaz and his wife, Helen, left for America 1891 and started off working at several bicycle companies. 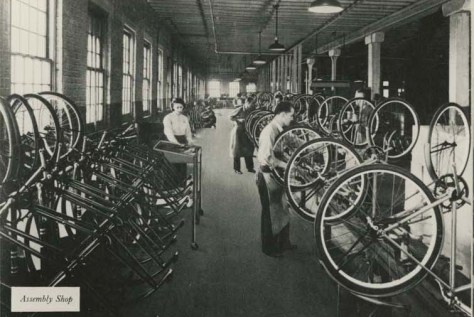 In 1895, Ignaz formed Arnold Schwinn & Company with Adolf Fredrick William Arnold as his financial backer. The company sold over twenty-five thousand bicycles in its first year. In 1899, he acquired March Davis Bicycle Company and built a new factory. By 1900,  Chicago  made more than half of all bicycles, about 30 different bicycle makers were concentrated along Chicago’s Lake Street.

In 1908 Mr. Arnold sold his interest in the company and returned to the meatpacking industry. 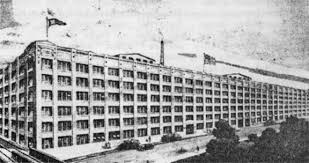 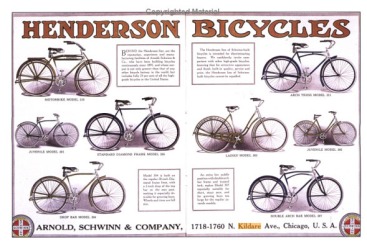 In 1914 he built what was then the largest motorcycle factory in the world and also bought a then popular, but unprofitable Henderson Brothers Motorcycle Company.  Ignaz merged these two brands and created Excelsior-Henderson.

The Schwinn bicycle was a classic among bicycles for decades. 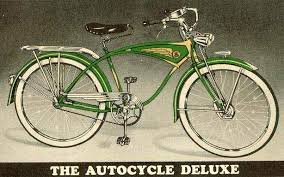 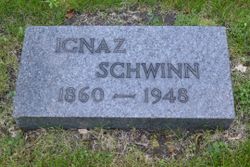 Ignaz Schwinn died Aug. 31, 1948 at the age of 88 years old, leaving behind a legacy of great bicycles that many of us rode as a kid. He is buried in Rosehill Cemetery 5800 N Ravenswood Avenue, section 104.