Let us remember a cemetery whose site later became a major Chicago brewery and now is the huge McCormick Place convention center and hotel complex.

About 1833, sixteen acres of land were purchased for a municipal town cemetery but reserved for Catholics. On August 15, 1835, the town surveyor was ordered to survey the property and completed the task on August 26. The Northside Cemetery was laid out at the same time, a subject of a separate blog post on this website.

A letter written by Robert Clark to the Chicago Tribune about 1897 states the location of the cemetery to be about 22nd and Calumet Avenue (325 east). He stated that the “McAvoy brewery stands about the center of it.”

In 1865 after the cemetery had closed, the brewery began in a three-story brick building along Lake Michigan close to the corner of 23rd Street and  South Park Avenue (later renamed Martin Luther King Drive)  . In the early 1870s, a malt house was constructed next to the original building, along with 4 ice houses on the western side of the and two more ice on the east side of South Park Avenue. By 1901, the company employed over one hundred men. 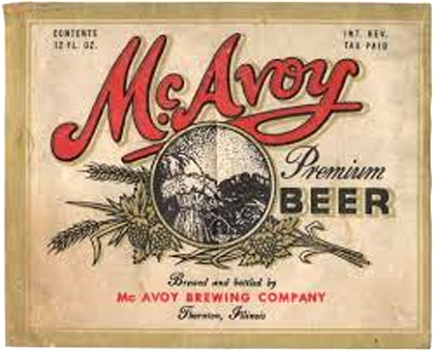 The location of the cemetery is mentioned among several secondary historical accounts, but not always are in perfect agreement:

Fernando Jones was in  business creating land abstracts which would later become the foundation of what was to become Chicago Title and Trust Co. As part of his work, in a letter,  he described the cemetery as being at 22nd street near Prairie Avenue (300 east).

An article in the Chicago Tribune dated October 7 1900 described the location only as “ …Twenty second Street and Prairie….long been obliberated by the handsome residences in that section of the city.”

The cemetery was as unpopular as it’s sister, the Northside Cemetery. Both were closed by the Common Council in 1843. It was ordered that all graves from the Southside Cemetery be moved to the new Catholic Cemetery at State Street and North Avenue (1600 north). This task was reportedly completed by 1847.   Reference: Chicago Tribune, Aug 8, 1897. “By 1847, the corpses remaining at 23rd street had all been removed to Lincoln Park”.

But as we well know, and despite best efforts, early burying grounds never seem to be completely removed as intended. The Tribune of 1897 stated “It was only a few weeks ago that in excavating for a building on the south side, the laborers found three well preserved graves, evidently not those of red men. Upon investigation, it was learned that the bodies had been interred over half a century ago in a corner of an old cemetery situated at Twenty-Third Street.”

In 1937 a bronze plaque was placed on the 23rd Street viaduct over Illinois Central Railroad, inscribed:

This was the site of one of Chicago`s first two cemeteries, and comprised sixteen acres. It was laid out in August, 1835, and enclosed in September, after which burials elsewhere on the south side were forbidden,

An identical plaque was proposed to designate the Northside cemetery of 10 acres located about three miles north, on Chicago Avenue, east of Clark Street, but the plaque was never placed.

In closing, based upon the historical descriptions, A best guess for the sixteen acre cemetery back then could have been bounded by 22nd Street on the north, 23rd Street on the south, Prairie Avenue on the west, and the Lake Michigan shoreline (such as it was in 1835) on the east. 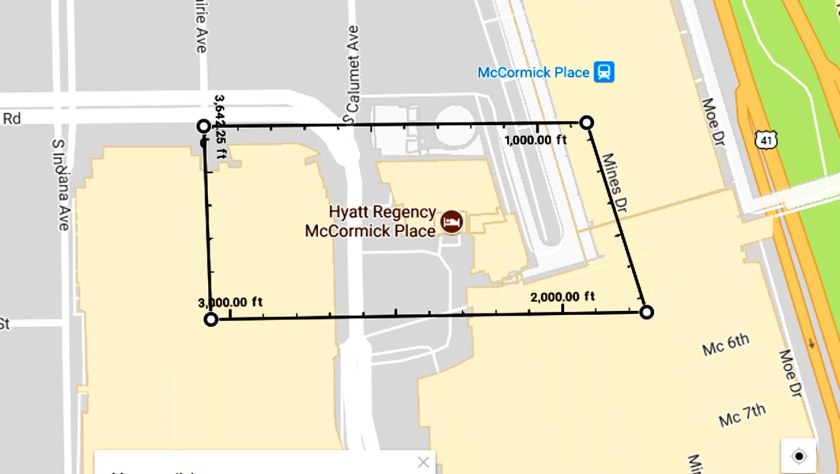 Today, both he cemetery and McAvoy Brewery are long gone, now dwarfed by the massive McCormick Place and hotel complex,  leaving no trace of the cemetery that once was. And are all the bodies gone?  More often than not, when a cemetery is closed and moved, some  or many bodies are often left behind.