Many of us think of ghosts to be an apparition of someone who has died. Ghosts are generally described as solitary, human-like essences. The overwhelming consensus of science is that ghosts do not exist but I take no position that they exist or do not.

But what if a church is a ghost? 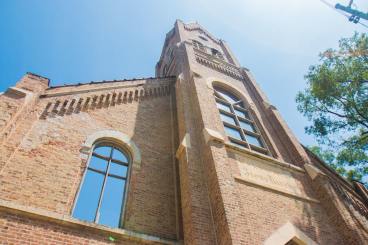 The German Lutherische Zions Church at 826 W. 19th was built in the Pilsen neighborhood on the lower west side of Chicago, Illinois. The 90-foot-tall bell tower, sturdy wooden doors, worn Chicago brick, and Gothic German script above the entrance celebrate the architecture.

But wait! Something is missing. The wooden doors and façade are still there but the rest of the church is gone and could well be described as a ghost.

Read on to find out what all is not there.

The German Lutherische Zions Church was more commonly known as the First Zion Evangelical Lutheran Church and a member of the Missouri Synod. It first began in 1880 to serve the community and was firmly committed to the Scriptures and sound doctrine. 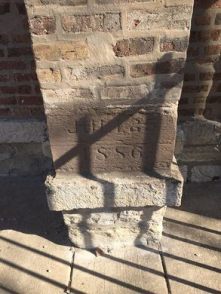 The church cornerstone is dated July 25, 1886. It had been the place of hundreds if not thousands of baptisms, confirmations, wedding and funerals. The church had a school that taught over 900 students and who were originally instructed in German.

The church was a refuge and the bedrock of faith for the many German immigrants that settled in Pilsen. And when the members died, they were more likely buried in one of four cemeteries: Bethania Lutheran, Concordia Lutheran, German Waldheim (Forest Home) and Wunder’s Lutheran Cemetery.

In the late 1800s, this area of Chicago was home to many unskilled German and Irish immigrants, who worked long hours at backbreaking manual labor. On their one day off per week, these employees of slaughterhouses, railroad companies, lumber mills, and garment factories were known to enjoy two simple pleasures: the sanctuary of their local church and a nice cold beer.

By 1956, the church had been abandoned by its original congregation. 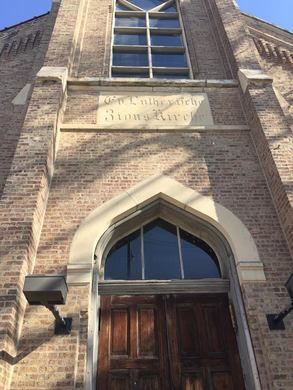 Then there was a devastating fire in 1979 which destroyed the the roof, the beautiful stained glass windows, painted murals, an ornately carved altar, the pulpit, lecterns,and the pews. There was little left of the Zion Evangelical Lutheran Church. Then, a 1998 windstorm toppled the three remaining walls leaving only the front facade. To some what was left was considered an eyesore. To others it continues to be an inspiration and a visual reminder to the past.

Enter John Podmajersky, a developer whose family has been living in the area for three generations. He purchased the property originally intending to demolish the remaining structure and redevelop the property. That all changed when descendants from the church’s early congregants came to visit, bringing with them a German-language record that chronicled the early years of the church. Podmajersky, a longtime area resident was reportedly so moved that he vowed to save the remains of the church.

Today, the bell tower remains, restored over the last two years to its original 90-foot height and topped by a modern skylight. The remaining walls were stabilized, and what was once the church’s interior is a now a quiet garden sanctuary. 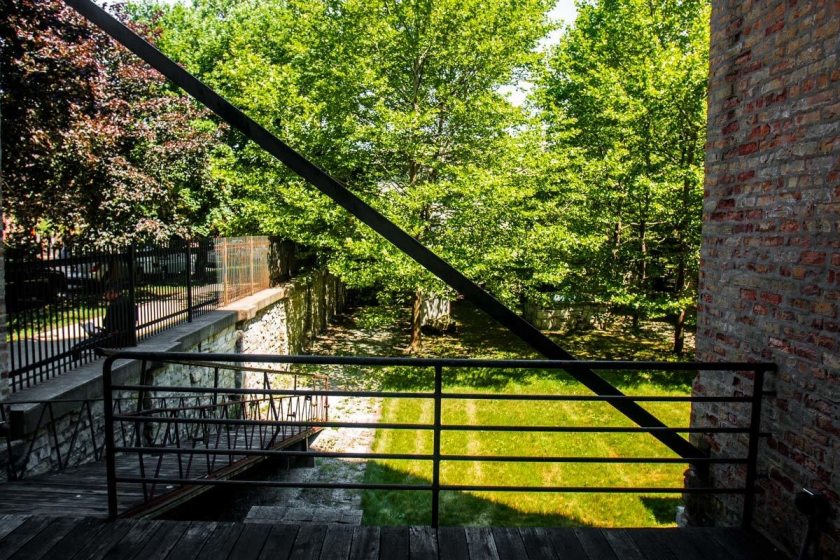 A badly burned crucifix hangs from the inner wall, protected from the elements by a clear plexiglass shield.

There had been plans of building artist studio space behind the tower, but whether or not they are built, this beautiful church will not be forgotten. There are a limited set of records containing baptisms (1868-1943), marriages (1868-1941), and deaths (1886-1941). If you might have family that attended this church, contact me for the location of the records.

If you view a church as a building, what happens when it goes away?

But what exactly is a church?

The Greek word ekklesia refers to “the gathered ones,” or believers called into community with God. The lesson to be learned here is that the “church” is not just brick and mortar. Church is really all the people and families who worshipped within. The church is a body of believers that live out their faith in their words and actions. The church is at its best when people inside the structure take the message outside the building and serve others.

7 thoughts on “This church is a ghost”