His name was Philip Garrison Maxwell,  born April 3 1799 in Guilford Vermont. He became a physician for the United States Army and was assigned to Fort Dearborn, Chicago, Illinois as an Assistant Surgeon.   From 1844 to 1847, he ran a doctor’s office at the corner of Lake and Clark Streets. But more  about him later.  The famous Chicago Maxwell Street, was named after him.

Welcome to Chicago’s  Maxwell Street  the birthplace of Chicago blues, the “Maxwell Street Polish”, and where one could buy almost anything, new or secondhand, legal and illegal. Maxwell Street first appeared on a Chicago map in 1847. It was originally a wooden plank road that ran from the south branch of the Chicago River west to Blue Island Avenue. This area was the great open-air pushcart market the neighborhood is famous for. The Great Chicago Fire of 1871 started only a few blocks away, but it burned north and east, sparing Maxwell Street and the rest of the near West Side.  The market was officially recognized by the city in 1912. 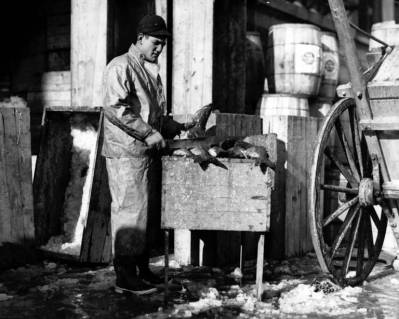 More important, it was the gateway neighborhood to thousands of Jewish immigrants to Chicago, many if not most are buried in Jewish Waldheim Cemetery in Forest Park. Beginning in the 1880s, Maxwell Street (1330 South), Eastern European Jews became the dominant ethnic group in the neighborhood, which remained predominantly Jewish until the 1920s. The area was home to more than 40 synagogues.

Most of the older Jewish merchant families and their businesses moved west and north and into the suburbs. Some of those early Maxwell businesses did very well in later years, like Balaban and Katz, Chernins, Mages, Vienna on Damen and Fluky’s hot dogs on Western.  The neighborhood  continued to be a “gateway” neighborhood for others, including Greeks, Bohemians, Russians, Germans, Italians, African Americans and Mexicans. During the period when it was predominantly African American, and especially in the decades after World War II, the area became famous for its street musicians, mostly playing the blues and some gospel.

The street itself began to shrink in 1926, when the Chicago River was straightened and new railroad tracks on its west bank pushed the east end of Maxwell Street further west. In 1957 the Dan Ryan Expressway cut Maxwell Street in two. 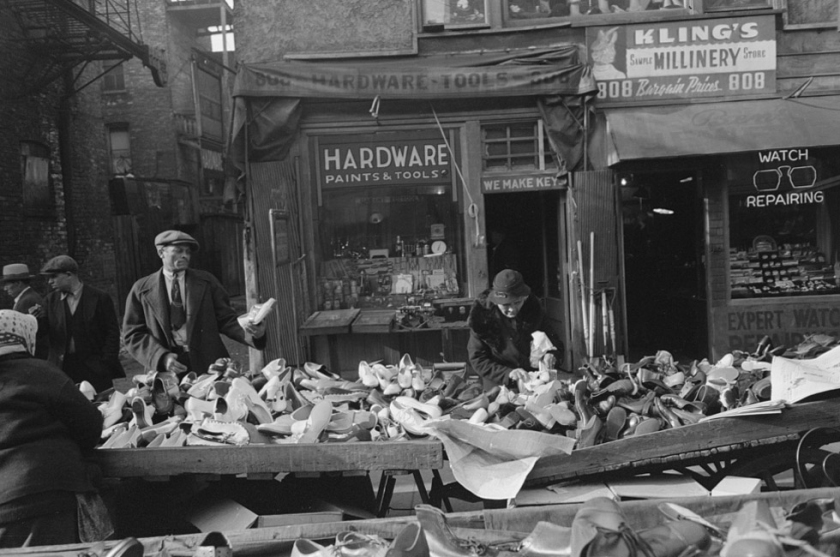 At it’s peak in its last years, it occupied approximately nine square blocks centered from Maxwell and Halsted Streets. There is nothing left of Maxwell Street as we knew it. The area is now part of the campus of the University of Illinois at Chicago (UIC) and a private housing development sponsored by the university. In 2008, the (New) Maxwell Street Market moved to the intersection of Roosevelt Rd. and South Des Plaines Avenue.

So there is way more to know about Philip Maxwell, the good doctor.

As a young man, Philip Maxwell moved to Sackett’s Harbor, New York, where he became a physician. He was a member of the New York State Assembly (Jefferson Co.).

On July 13, 1832 he was commissioned assistant-surgeon, United States Army and was ordered to Fort Dearborn, Illinois in 1833 as the eleventh and final surgeon.  On September 26, 1833 he signed the 1833 Chicago Treaty document with the Indians as a witness and received $35 for a claim he made at this treaty.

In 1836 he invested in 1600 at Lake Geneva.  He is acknowledged as “The Father of Lake Geneva for having put up the money to plat the city.

He remained at Fort Dearborn until its abandonment on Dec. 29, 1836. On July 7, 1838 he was promoted to a surgeoncy and served in Baton Rouge La, and then in the Seminole war in Florida. In 1842 he resigned from the United States Army and became a successful private practitioner in Chicago with an office on Lake & Clark street. In 1845 he served as Chicago City physician and sat on the Chicago Board of Health. In 1853 he became the State Treasurer of Illinois.

In the Spring of 1855 he began building a large summer home on five acres in Lake Geneva, later named the Maxwell Mansion in the Spring in 1856, he, his wife Jerutha, and daughter Ophelia moved into the newly finished mansion overlooking the lake and with its tall windows, broad entrances, elaborate ornamental wood moldings, marble fireplaces and grand staircase,  . The estate was later named “The Oaks” in honor of the centuries-old trees surrounding the home. Regarded as one of Lake Geneva’s finest landmarks, the building predates all of the area’s notable summer mansions.   The property was rescued from destruction in the late 1970′s and was established as a five room bed and breakfast. In 2002 it became an  Inn and Restaurant named the “Golden Oaks”

Having now relocated to Wisconsin, Philip’s office at Springfield was declared vacant by reason of his non-residence in the state. He renounced Illinois citizenship, and made his home at Lake Geneva. Of note, there is a book, Doctor Maxwell’s Prescription and Diet Book of the Sick and Wounded at Fort Dearborn, 1832-1836,  now preserved at the Chicago History Museum.

Philip died  November 5, 1859 died at his home in Lake Geneva.  hundreds of mourners travelled by train from Chicago for his funeral. Philip was buried in  Pioneer Cemetery Lake Geneva, Walworth County, Wisconsin.

2 thoughts on “Philip Maxwell, Someone for you to Meet”