This is the story of two legends.  Marshall Field and Potter Palmer both now resting in Chicago’s Graceland cemetery. 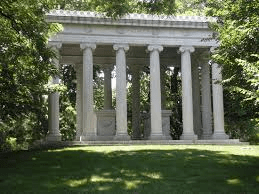 Potter Palmer’s monument is a bit more upscale , Marshall Field’s not so much. 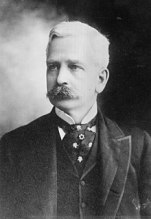 Both were two of the wealthiest men in Chicago,  mastering the world of retail. More important, they both totally understood the women who would shop at their stores.

.Potter Palmer was born May 20, 1826 in Albany County, New York, the fourth son of a Quaker family,  Benjamin and Rebecca (Potter) Palmer. In 1852, Potter Palmer founded, Potter Palmer and Company, a dry goods store on the then fashionable Lake Street in Chicago.  He focused on women and encouraged their patronage. Palmer practiced a “no questions asked” returns policy and was the first owner to advertise with large window displays.  In 1865 because of ill health, he brought in partners Marshall Field and Levi Leiter. The trio joined forces and renamed the firm Field, Palmer, Leiter and Company. After the devastating Chicago Fire,  the store’s name eventually was changed by 1881 to “Marshall Field and Company”.

Marshall Field practiced the maxim that the customer was always right, He pioneered free, same-day delivery service to customers’ homes via a horse and wagon. He like Palmer, offered unconditional refunds, In 1885, he began selling in the basement dubbed the “Budget Floor” with incredible sales numbers. These were just a few of his many groundbreaking innovations designed to please his guests. 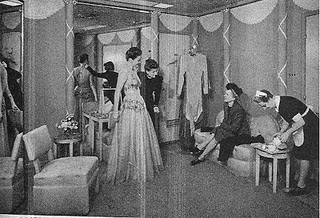 The story is told that he once found a retail manager speaking heatedly with a woman customer. “What are you doing here?” asked Field. “I am settling a complaint,” he replied. “No, you’re not,” snapped Field. “Give the lady what she wants”! He was one of the first to concentrate on the retail needs of women, a new concept for the time.

Marshall Field was born on a farm in Conway, Franklin County, Massachusetts, the son of John Field and  Fidelia Nash.

At the age of 17, he first worked in a dry goods store in Massachusetts before coming to live with his brother in Chicago, Illinois at age 26. Field married twice. First in 1863, he married Nannie Douglas Scott of Ironton, Ohio.  They had two sons and a daughter,  one son, Louis, died in 1866 as an infant. The surviving children were Marshall Field Jr. and Ethel Field. After the death of his first wife Nannie in 1896, Field married Delia Spencer Caton. They had no children together.

Marshall Field pioneered quality retailing, but we all will remember the famous clock at State and Washington and the enchanting and elaborate Christmas windows,  where visiting them at Christmas was a wonderful family tradition

In later years, Marshall Field and Company was known for the Walnut Room, Frango Mints, Uncle Mistletoe, and over 100 departments. There was the enchanting toy department, magical before Christmas. There was a stamp and coin department, a book department where he pioneered book signings. 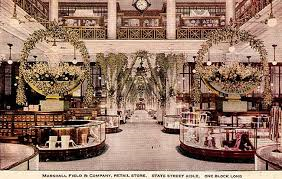 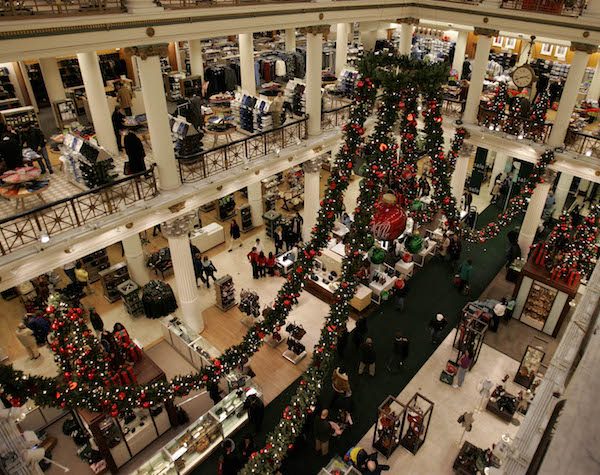 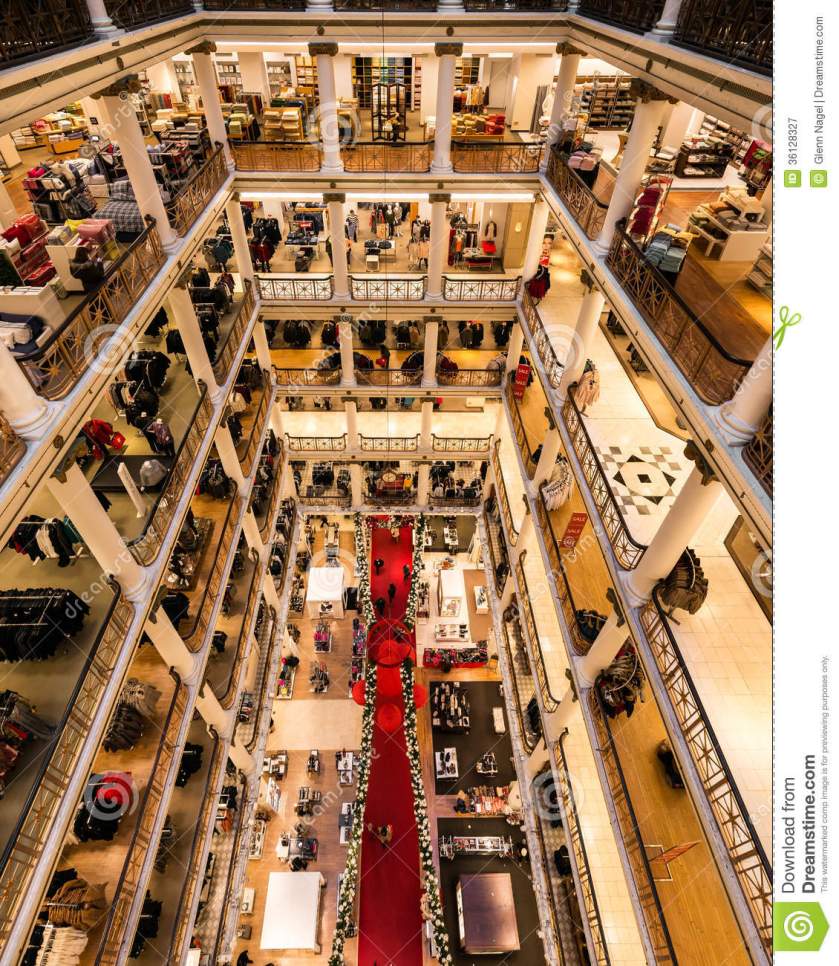 And behind the scenes: 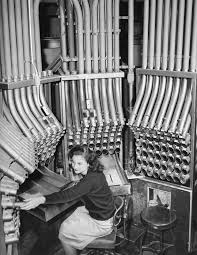 In the 1920’s, the Marshall Field company pioneered machine-made oriental design rugs of high quality at realistic prices. under the Karastan name from his own mills in North Carolina. They wowed tens of thousands of visitors at two World’s Fairs. Consumers quickly learned that the Karastan name means quality, beauty, and durability. an exciting and innovative product . The company built the massive Merchandise Mart for $35 million between 1928-1930 for their wholesale operation, but the depression did not treat it kindly. It was sold to Joseph Kennedy for $12 million in 1945. Fields owned around 30 mills, most producing or converting textiles. which marketed sheets, towels, bedspreads, and blankets under the Fieldcrest label.

Still later,  as the company grew, there were to be over 60 stores, mostly in the Midwest. In the Chicago area, There was Oak Park and Evanston, but other stores were built as shopping malls became popular like Old Orchard, Oakrook, and Park Forest.

Both Palmer and Field were very wealthy and lived well during those early years. Marshall Field had a mansion at 1905 Prairie Avenue, a street of wealthy and prominent Chicagoans.

Potter Palmer built his opulent mansion at 1350 N Lake Shore Drive. He also built a luxurious hotel, the Palmer House, as a wedding present for his wife.

.Potter Palmer died in his home of a heart attack on May 4, 1902. The Palmer house is still a Chicago landmark.

Marshall Field died in New York City, New York, on January 16, 1906 at age 71 from pneumonia contracted after playing golf with Abraham Lincoln’s oldest son Robert Todd. The Field Museum of Natural History was named after him in 1894 . The University of Chicago was founded in part by Marshall Field.

Fields was sold to Dayton-Hudson in 1990 which later changed their name to the Target Corporation. Target then sold Fields to Macy’s. And there went the golden age of retailing.

Next time you are in downtown Chicago, meet me under the clock.

5 thoughts on “Give the Lady What She Wants”