I have again turned to my good friend, the somewhat elderly, long retired, but wise priest,  Father Barton. He and  Minnesota’s Father Wilmer  guide me on all things of spirit and goodness. Father Barton tells me that an abiding faith is the foundation of church cemeteries. Although we commit the body to the earth, death is not the final word,  believing the soul is in the immediate presence of God. Today we look at the more than 40 cemeteries in the Chicago area where just the physical bodies of generations of Lutherans rest. 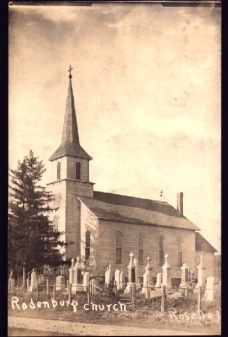 In this blog we will concentrate on just the Lutheran cemeteries, but a future blog will also celebrate the Catholic cemeteries as well.

Where we bury or families are most influenced by the immediate areas and neighborhoods where they lived, or the church they attended. In the mid-1840s German Lutherans came to Chicago and became tradesmen and merchants. Many, if not most others began farming the land in outlying areas.  Both groups would soon find the need for cemeteries.

an family farms,  located south, west and north of the city, were usually small, from 10 to 40 acres, a few farms went beyond 100 acres.  These farms became well-known for its produce of tomatoes, pickles, beans, onions and carrots.  Much of the produce ended up at the Randolph Street or South Water Street markets in Chicago.   One area in particular,  a German, rural setting called Dunklee’s Grove is where Zion church began. Now known as Bensenville and Wood Dale. the German United Reformed Lutheran Church of Addison, DuPage County, Illinois was formed, later renamed Zion Lutheran Church in 1895. 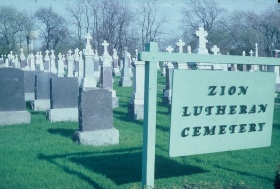 The area was long known as Churchville. Here also, is the oldest Lutheran church cemetery in the Chicago area.

Shortly after Zion, many other Lutheran churches and cemeteries were started from Lemont to Palatine by hard working farmers. Many, but not all were “daughter” congregations of the “mother church”.  Zion was also where the idea for a Lutheran teachers college began. They were instrumental in forming Concordia Teachers College, now Concordia University in River Forest. 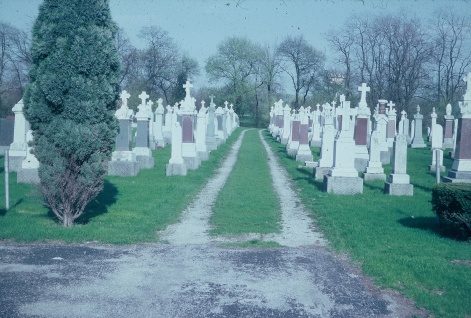 Zion Cemetery is the final resting place of those forward thinking families.   Immanual Church and cemetery, just down the road (shown on left)  from Zion were the result of a split from Zion over doctrine. 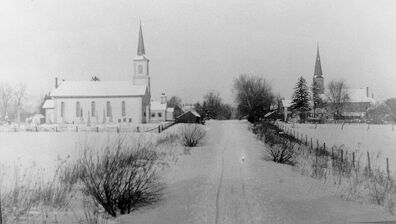 When the city of Chicago was incorporated in 1837. There was a medical school, a weekly newspaper, but no Lutheran Church. German Lutherans who chose to settle within the city were establishing themselves. but it would not be until 1843 when the First St. Paul’s Evangelical Lutheran Church began in a grocery store on the corner of Franklin and Lake Streets. Their first church was built in March 1844 at the corner of LaSalle and Ohio Streets. . Their earliest burials were made in City Cemetery until burials were banned within the city.  First St. Paul’s and their “daughter” congregation Emanuel then in 1859 established a cemetery named German Lutheran Cemetery of Saint Paul and Emanuel Churches. It was renamed Wunder’s Churchyard in 1919 after Rev. Heinrich Wunder, (1830‑1913) who was the second pastor of First Saint Paul’s Evangelical Lutheran Church along with Immanuel Lutheran Church. 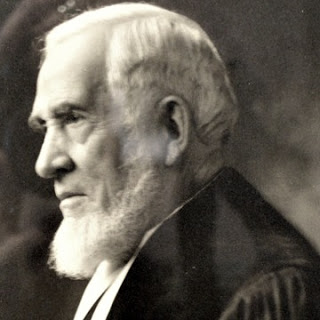 German immigration into Chicago reached a peak about 1890, and therefore a need for larger German Lutheran cemeteries for the city. These were begun by coalitions of Chicago area churches. In 1872, Concordia Cemetery 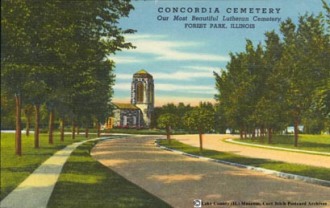 opened just down the street from German Waldheim and Forest Home cemeteries in Forest Park. Then in 1894,

Bethania Lutheran Cemetery, next to Resurrection Catholic Cemetery, opened in Justice to serve the southwest side of Chicago. And finally in 1900 St. Lucas Cemetery, renamed to St. Luke Cemetery,  near Foster and Pulaski, opened by St. Luke’s Church located on Belmont near Lincoln. 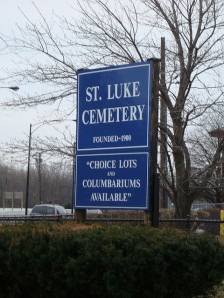 I had envisioned posting here a full listing and history of each one of Lutheran cemeteries in the Chicago and Cook County area, drawing on some my 20 years of research. I concluded however that this was not feasible, so I will just list the majority of them here, in no particular order and dates are approximate. I must save the history of each for a future standalone blog. 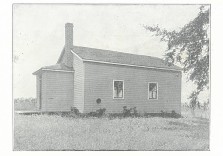 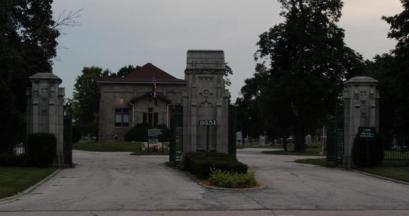 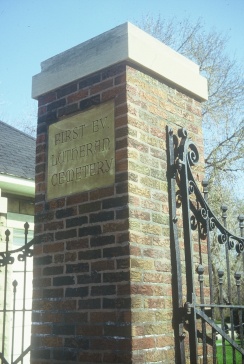 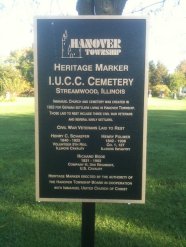 One thought on “Celebrate Lutheran Cemeteries”